The Big Deal with Agents

September 15, 2018
Stephanie Chandler, founder of the Nonfiction Author Association, gives the scoop on getting book deals through your agent with How to Locate and Work with Agents. 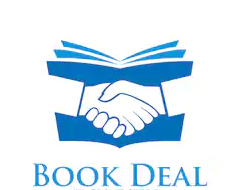 Popular posts from this blog

More Muslim Stories Were Always Needed, Even Before The Travel Ban

September 17, 2018
"And I hope publishers recognize the many good stories Muslims have to tell — not just stories of discrimination and injustice, but also stories of strength and stories of flawed humanity."

March 31, 2019
FOR IMMEDIATE RELEASE Muslim Agency Signs Authors
Phoenix, Arizona/ March 31st 2019/Scholart Agency- Despite current ignorance with legislation like the Muslim Ban, there is an agency bringing in fresh outlooks and unity. The first Muslim Literary Agency's platform has been growing at a rapid rate. With it's first book Loveletters, an inter-racial satire about Muslims being critically acclaimed, the agency is hopeful about taking their newest author, Ikram Hawramani's, work to the next level.
Ikram Hawramani officially joined Scholart Agency in order to have his works to gain professional representation. He is a millennial Iranian who himself is in interracial marriage with Ustadah Sakina al-Amin, an Islamic Studies teacher and journalist known as The Detroit Muslim Examiner.
Having written nearly a dozen books, he is an admirer of many classic scholars however, he is not a dogmatic follower of any school of thought and believes in taking the best from all sources.
With the a…
Post a Comment
Read more

October 07, 2018
Scholart Academy is thankful for The Islamic Community Center of Tempe agreeing to host Unity in Times of Confusion.  Buhddist comedian Indigo Ross among opened the interfaith night of storytelling with Maryam Miller, author of Loveletters.

Buy Loveletters on Amazon now
or

Compare pricings and reviews on Goodreads.